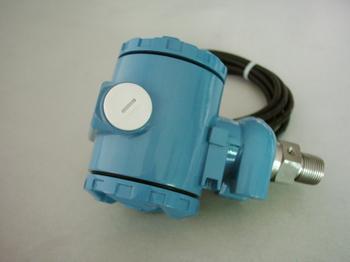 The "2013 China International Internet of Things Exposition" sponsored by the State Gold Card Project Coordination and Leading Group Office, China Information Industry Chamber of Commerce and China Electronic Trade Promotion Association was grandly opened at the Beijing Exhibition Hall on June 4, 2013. Zhang Qi, director of the State Gold Card Office, deputy director of the Electronic Science and Technology Committee of the Ministry of Industry and Information Technology, and executive president of the China Information Industry Chamber of Commerce, made a keynote speech titled â€œLet Innovation Drive the Internet of Thingsâ€.

China has initially formed a complete IoT industrial system, and certain areas have formed a certain market size, and the gap with foreign countries is narrowing. China's Internet of Things RFID industry chain has basically taken shape, but the development of different product categories is uneven, and companies are clustering. In 2012, the scale of China's Internet of Things industry reached 365 billion yuan, up 38.6% over the previous year. The number of sensors was 2.4 billion and the market size was over 90 billion yuan. However, the development of smart sensors lags behind; China has the world's largest and most technologically advanced public communications network. In the Internet, M2M network services have grown rapidly. In 2012, the number of M2M terminals exceeded 21 million, and the average annual growth rate exceeded 80%. The Chinese RFID industry has grown rapidly. The market scale in 2012 reached 23.66 billion yuan, an annual increase of 31.7%.

In 2013, China's RFID market will continue to maintain rapid growth, which is expected to increase by about 35% from 2012. The scale of China's RFID industry will reach 32 billion yuan. The development of China's Internet of Things RFID will enter a virtuous circle and enter the golden period of development. The potential of China's Internet of Things market is huge, but at present the application of large-scale applications has not yet taken shape, and all the work is still in the initial stage. There are many problems that need urgent solution. With the development of RFID applications and the market, more manufacturers will join the RFID industry chain, eager to have a place in the future market, and the competition in all aspects of the industry chain will become increasingly fierce. This will promote the rapid decline in the prices of RFID-related products, which will be conducive to the popularization and promotion of Internet of Things applications. Of course, it will also aggravate the industry competition, companies will face adjustments and restructuring, or will create a number of leading RFID companies, will help companies to do bigger Strong. However, the soul of the market economy is competition, innovation, through competition, innovation and development, survival of the fittest, promoting the development of productive forces and the progress of human society.