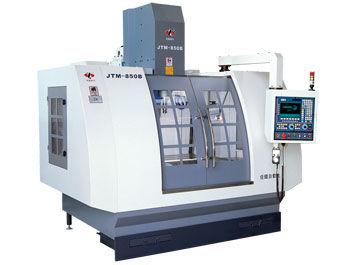 The Chinese governmentâ€™s construction of wind power, large aircraft manufacturing, urban rail transit and other areas will be a long-term project, which will prompt the Chinese hot machine tool market to continue to heat for a long time. In fact, it is precisely based on this understanding that there will be so many former entrants. But in reality, the cake of the market is not as big as imagined. According to the relevant person in charge of the Wuzhong Sales Department, from last year to this year, the situation of the entire heavy machine tool market is still rather severe.

As a result of the investigation, during the five-year plan period of the â€œ10th Five-Year Planâ€ and â€œEleventh Five-Year Planâ€, the major user industries of heavy-duty machine tools in China have undergone large-scale technological transformation and expansion, and the peak period of purchasing heavy-duty processing equipment has emerged. As of now, the processing equipment of most enterprises has become saturated, and the demand for ordinary and low-grade heavy-duty machine tools has been and will continue to decline significantly.

The secretary-general also stated that in the future, the user's procurement will focus on heavy-duty, super-heavy, self-innovation, high-end composite intelligent CNC machine tools. Therefore, the key equipment will be added to the user industry during the â€œ12th Five-Year Planâ€ period. Heavy-duty machine tools, on the whole, are likely to experience a flat period of market demand.

In fact, the adverse impact of the financial crisis on Chinaâ€™s economic development has not yet been effectively mitigated. In 2009, despite the countryâ€™s policy of increasing domestic demand and maintaining a certain growth rate, it was still difficult to curb the drastic decline in the operating conditions of the heavy machine tool industry. In the "blowout" market of the machine tool market in 2010, the rebound of ordinary machine tools is much better than that of heavy machine tools.

FantasView can supply the Truck And Bus Wiper Arms same as original type, all with first-class quality.