The Large Hadron Collider (LHC) is currently the largest particle accelerator in the world. It spans the border between France and Switzerland. It is located in a circular tunnel with a diameter of 8.66 km and a circumference of 27 km. Its colliding energy has reached 13TeV (trillion electron volts).

The large size and high collision energy make LHC become a research tool for humans to unravel the mystery of the origin of the universe. But there are also scientists who do the opposite and come up with the idea of â€‹â€‹a circular accelerator with a diameter of only 1 meter. This kind of micro particle accelerator also has its unique use, or it will fill the gap left by high-energy particle accelerators. Related papers were published in the latest issue of the journal New Physics.

The physicists at the Free University of Amsterdam in the Netherlands and the University of Oxford in the United Kingdom who proposed this idea stated that the goal of most particle accelerators, including the LHC, is to allow particles to collide at very high energies, but also at low energy collisions. Some experimental data will be generated. The new accelerator aims to fill this gap. This compact accelerator allows hydrogen atoms to move at a speed of 600 meters per second and collide with many different types of neutral atoms or molecules in the accelerator.

According to the researchers, the accelerator will consist of 40 hybrid electromagnetic hexapole lenses. The resulting collision energy will be less than 8.6 MeV (mega electron volts), which is 15 orders of magnitude lower than the LHC's highest collision energy.

Co-author and co-author of the paper, Hendrik Bertelem from the Free University of Amsterdam, said that so far few experiments have been able to obtain data below 8.6 MeV. This magnetic synchrotron provides the possibility to study the collision of hydrogen atoms with other atoms and molecules under low energy conditions.

The advantage of this magnetic synchrotron is that it can store hydrogen atoms at higher speeds (600 meters/second), which makes it more sensitive than other devices. This allows researchers to make hydrogen atoms collide with almost any type of atom or molecule. This kind of low-energy collision will be particularly useful for improving astrophysical models, which will make the experiment no longer limited to hydrogen, but may also include carbon monoxide, helium, ammonia, and other gases that exist in the universe. Synchrotrons will be used to record their collisions at specific temperatures, which will allow scientists to obtain chemical models of the various gas nebulae in the universe with greater precision.

In the next step, researchers will begin construction of this synchrotron. Because people still know very little about this kind of low-energy collision, researchers say that the new accelerator may bring some new discoveries.


Pullylon is certified by ASME, API and ISO9001 in design and manufacturing, so we can design and manufacture the products to the highest extent of industry standards.The asme Pressure vessels are designed to store liquids or gases in pressure. They are widely used in petroleum industry, chemical industry, energy, agriculture, construction, transportation, vehicle, electricity, military and defense

Pullylon uses carbon steel, stainless steel, titanium or nickel alloy to make the Pressure Vessel. It can be designed according to the installation conditions and manufactured by customer`s requirements. 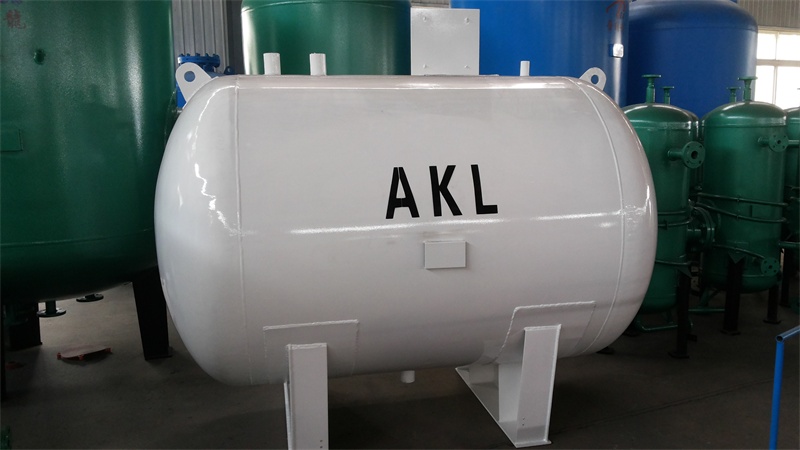 If you have any questions, please contact with us directly, Pullylon has been manufacturing the Storage Tank for more than 20 years, and our products have been exported to many factories, such as US, Russia, Singapore, Australia, Malaysia and so on. Welcome you can visit our Factory. For inquiry, Please send mail directly to us.