Introduction: In the past, such small pipes could not be repaired by UV curing, and they could only be processed through excavation pipes. This has caused a great deal of excavation costs as well as severely affecting traffic. Now that the cutting robot has done the pre-treatment to clear it, afterwards, the small-diameter pipe can also be repaired by non-excavation. 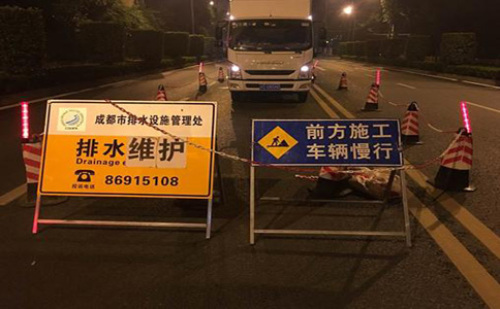 In recent days, heavy rains have occurred frequently. There has been a lot of guilt in the country. Maintenance of underground pipelines is urgently needed. The blockage problem of stubborn cement grouting blocks in the Chengdu Drainage Pipeline seriously hampers the construction progress of non-excavation pipelines. The Schroeder CIMS cutting robot sales team is invited by domestic non-digging partners to participate in solving related difficult problems. Before the rainstorm came, the pipelines in the area were completely restored to ensure that Chengdu will spend the rainy season safely.

After the professional technicians of our company reached the scene, they first rinsed the inside of the pipeline with a dredge car, and then assisted in shooting through the QV pipeline periscope, CCTV detection robot and other equipment to understand the internal conditions of the pipeline.

Because of the need to repair the pipeline this time, the smaller diameter is only 30CM artificial can not be reached directly. In addition, the problem of cement grouting blocks inside the pipeline is serious and the pipeline cannot be directly cured by ultraviolet light curing. At this time, Schroeder CIMS pipe cutting robot appeared. I saw it installed four wheels, about 20CM high, about 25CM wide. The front section is equipped with a flexible universal arm that can be adjusted to any position. The robot arm carries a camera, an illumination source, and a pneumatic cutting head. Behind the professional cable connection. The construction personnel put it into the problem pipeline and use the backstage control system to work in the narrow pipeline.

The on-site construction personnel explained that in the past, such small pipes cannot be repaired by UV curing, and can only be processed through excavation pipelines. This has caused a great deal of excavation costs as well as severely affecting traffic. Now that the cutting robot has done the pre-treatment to clear it, afterwards, the small-diameter pipe can also be repaired by non-excavation.

Schroeder CIMS cutting robots, with the rapid excavation industry, the excavation and restoration of the old pipe network in the city, the workload is large, the difficulty is great, and the requirements are high. Smart devices will surely show their talents and help the underground pipe network. A hand.